Back to Health Blog Tension Headache Causes and Treatment Options

Spinal Manipulation in the treatment of Migraine and Tension Type Headaches

HERE IS A SECRET FOR YOU

In a recent survey medical doctors were asked:
If you knew a Chiropractor you could trust, would you refer to them?

TOPICS TO BE DISCUSSED:

Is Spinal Manipulation Effective for Headaches?

How Does Spinal Manipulation Work?

Occurs in at least ten percent of the population

Costs the US over $17 billion per year

THE EFFICACY OF SPINAL MANIPULATION FOR MIGRAINE

THE EFFICACY OF SPINAL MANIPULATION FOR MIGRAINE

After just one week of treatment participants reported complete relief of headache in 75% of their subjects.

Stodolny J. Manual Therapy in the treatment of patients with cervical manipulation for migraine.

THE EFFICACY OF SPINAL MANIPULATION THERAPY (SMT) FOR MIGRAINE

“Spinal manipulation was as effective as a well established and effective treatment (amitriptyline), and on the basis of side effects profile, it should be considered a treatment option for patients with frequent migraine headaches”

THE EFFECTIVENESS OF SMT FOR TENSION TYPE HEADACHES

Spinal manipulation is an effective treatment for Tension Headaches

Amitriptyline was slightly more effective in reducing pain at the end of the treatment period but was associated with more side effects.

In addition…… Four weeks after stopping treatment, the patients who received SMT experienced a sustained therapeutic benefit in all major outcomes in contrast to patients that received amitriptyline, who reverted to baseline values.

And…. the sustained therapeutic benefit associated with SMT seemed to result in a decreased need for over the counter medication.

THE EFFICACY OF SMT FOR TENSION TYPE HEADACHES

Almost without exception, chiropractic manipulation of the neck was found to be superior in terms of reducing tension headache frequency, intensity, and improving functional status of patients when compared to other standard medical treatments, such as medications.

A headache arising from a mechanical dysfunction in the neck

Although migraine and tension type headaches are generally considered to be separate conditions, there is support in the literature that they represent a continum with several common underlying mechanisms including cervical spine dysfunction.
Featherstone HJ. Headache 1985;25:194-8

While the notion that headaches may arise from cervical structures may be new to some medical practitioners, it is a concept that is widely accepted by chiropractors, osteopaths, and other manual therapy professionals.

ONE OR MORE OF THE FOLLOWING:

HOW CAN MECHANICAL DYSFUNCTION IN THE NECK CAUSE A HEADACHE?

Before 1995, the accepted theory to explain cervicogenic headache was based on several studies that have demonstrated that a headache can be caused experimentally by injecting a noxious (irritating) substance directly into neck tissues such as joints, ligaments, and neck muscles. The theory is that the headache pain was caused by such stimulation because of the common nerves shared by these different tissues, this is referred to this as “Cervicogenic Referred Pain”

Before 1995 no new muscles had been discovered since the 16th Century.

Led by assistant professor Gary Hack DDS, scientists at the University of Maryland discovered a physical connection between the muscular system and the central nervous system. This had never been seen before!

The discovery was a result of dissecting a cadaver from the side of the neck to view muscles of chewing while conventional dissection is from the back of the neck.

He discovered a connective tissue bridge that attaches small upper neck muscle directly to the nervous system, specifically to the dura mater, which is the outer covering of the brain and spinal cord.

VERIFICATION OF THIS FINDING

Shortly after the discovery, the U.S. National Library of Medicine began the Virtual Human project (VHP).

Guess what they saw on the digitized impressions?

Maryland Scientists speculate that the newly described muscle – this connection may transmit forces from the neck muscles to the pain sensitive outer covering of the brain, aka the dura mater.

Spinal Manipulation as a treatment for headache is based upon the assumption that the dysfunction in the neck muscles contributes to the head pain.

The muscle dura (brain covering) connection may represent – at least in part – the underlying anatomical basis for the effectiveness of this treatment.

How does chiropractic help?

Such treatment, as performed by a chiropractor, did decrease muscle tension and thereby reduce or eliminate pain by reducing the potential force exerted on the dura via muscle-dura connection.

“We’ve been able to put together a scientific explanation for how neck structure causes many headaches…not all headaches”.

"Chiropractors have been saying that for years.  Unfortunately, many [medical] Doctors tend to have a jaundiced view of Chiropractors, but [Chiropractors] were right about headaches.”

A commonly held notion by medical physicians and uninformed lay persons is the idea that manipulation is an unsafe procedure, scientific literature that proves otherwise.

A review of the medical literature from 1926-1993 examined injuries related to manipulation.

“Of the estimated several hundred thousand manipulative treatments performed each year, only 185 reports of injury were found.”

“Comparing these figures with the incidence of adverse effects [including death] associated with many pharmaceutical agents, manipulation remains an extremely safe modality when performed by a skilled practitioner.”

An article by Dabbs and Lauretti in 1996, compared the risks of serious complications or death for patients receiving a course of manipulative treatment or over the counter non-steroidal anti-inflammatory drugs (NSAIDS).

“Based on the available evidence, we calculate the risk of serious complications or death is 100 to 400 times greater for the use of NSAIDs than for the use of cervical manipulation in the treatment of similar conditions.”

In addition, an article published in the medical journal, Spine compared the risks for:

In this article, Hurwitz reports:

They report an average incidence rate of neurological complication or death from cervical spine surgeries as 11.25 per 1000

Hurwitz EL. Manipulation and mobilization of the cervical spine: A systematic review of the literature. Spine 1996;21:1746-1760

Although anyone would agree that even one tragic event is one too many, when placed in the proper context it becomes readily apparent that cervical manipulation is an extremely safe procedure when applied by appropriately trained professionals. 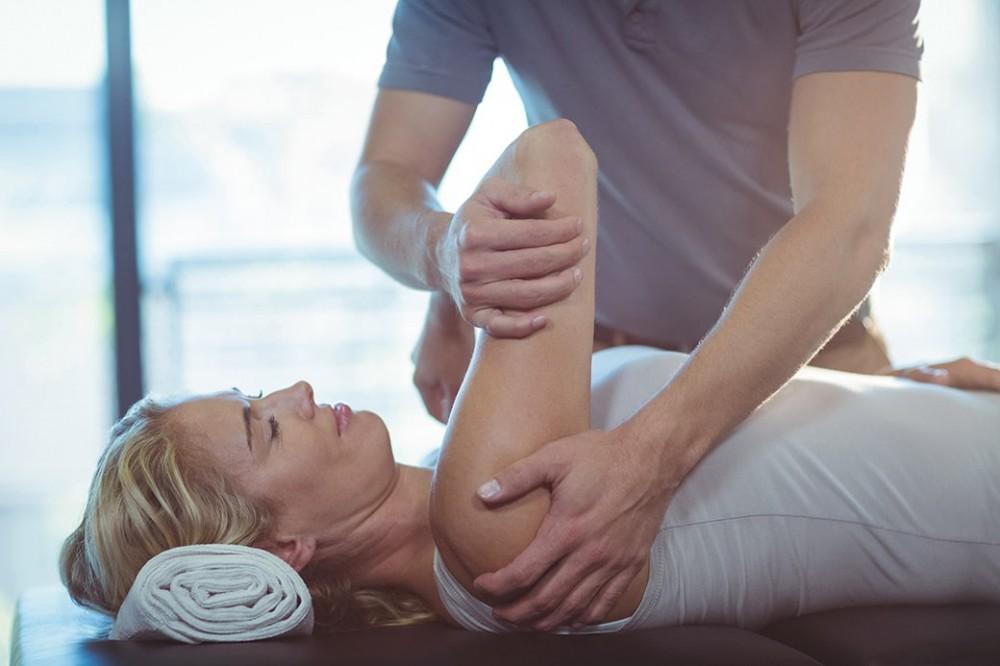 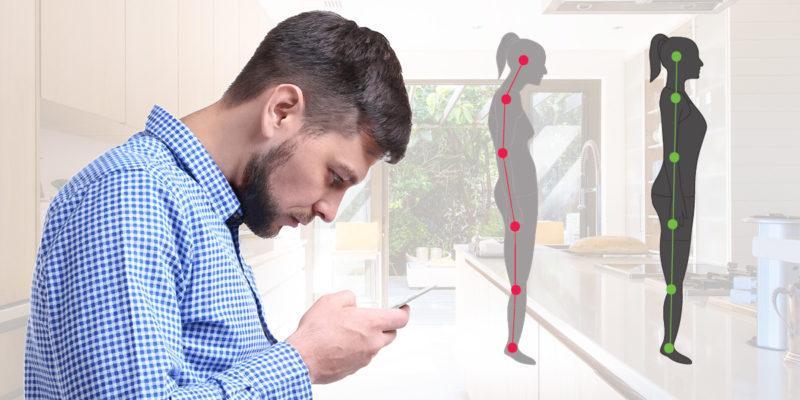 Your phone may be the cause of your pinched nerve